This world has so much for us to explore. And especially if you like to discover the history and cultures of different places in Asia then these top 5 UNESCO World Heritage sites in Asia will be the just perfect place for you to start your exploration.

These are not just travel and tourism sites where you can enjoy the view and bring back some memories in return. Well, in addition to that, you will also get the feeling of living a moment of history and culture in the present time. This possibly is the most fascinating part about exploring these world heritage sites. So, let’s just dig into the past and see what we have on our list for you here. 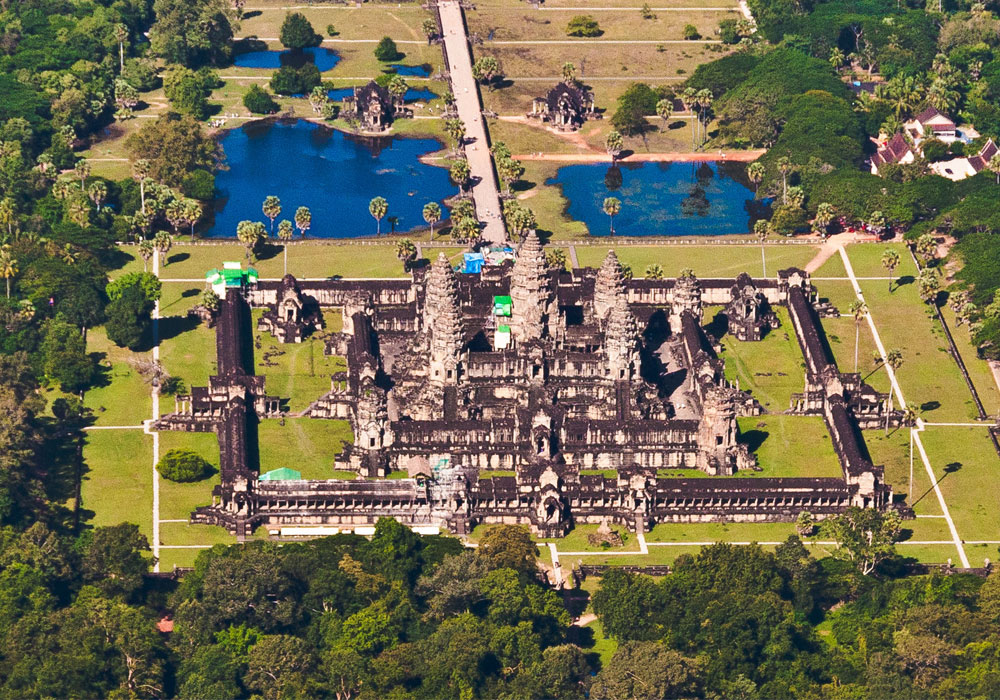 Once known as Hindu temple of god Vishnu, now it is the world’s largest religious monument that attracts the attention of thousands of explorers and researchers around the world. It was built in the 12th century during the Khmer Empire as a Hindu temple but then it transformed into a Buddhist temple complex till the end of the 12th century.

This temple is the best example of a classic Khmer architecture style. It is marked as a site with high archaeological importance in the South-East Asian region. It covers a wide area of 162.6 hectares. Angkor complex covers several amazing masterpieces.

When you step in the area of Angkor Wat, you must explore The Bayon Temple, Angkor Thom which is internationally popular for its amazing sculptures and decorations. And if you are ready to explore another masterpiece of Khmer then Banteay Srei will be the perfect choice for you.

Apart from its archaeological importance, it is also valued for its cultural diversity and remarkable history. Apart from that, you can also see it on their flag, which makes it the symbol of Cambodia.

Temple is not the only thing that people appreciate about Angkor. It has a picturesque forested area which also includes Angkor Archaeological Park where you can see the remains of the Khmer Empire capital. You can explore hydraulic structures, communication routes, large water reservoirs and many other unique features that are the living proof of exceptional Khmer civilization. 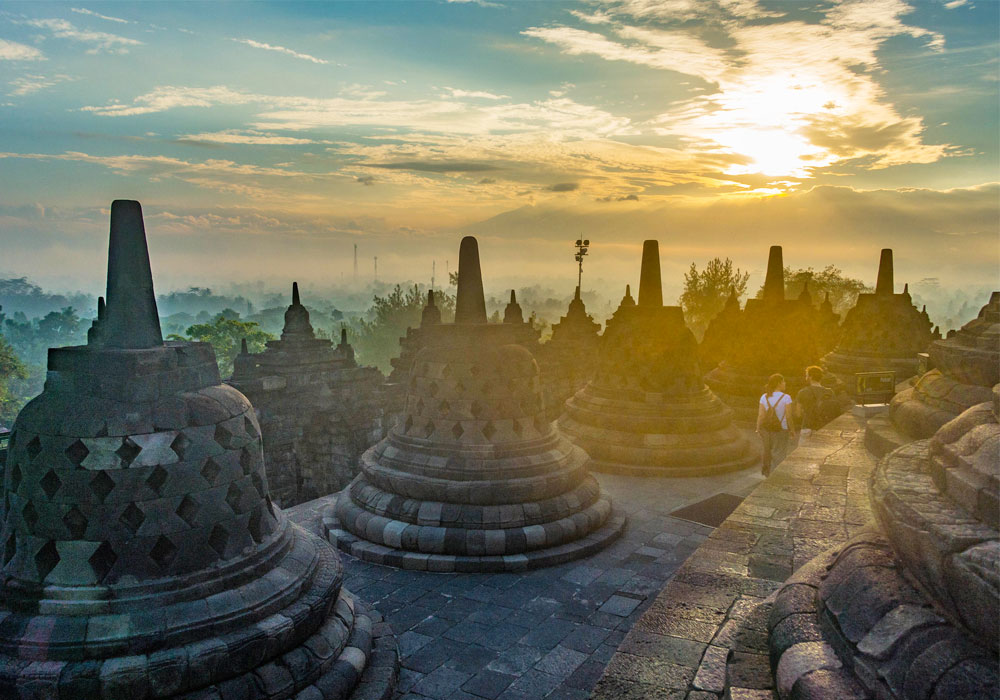 Borobudur Temple is a place where Buddhist culture, history, and architectural inspirations can be found. This Buddhist temple was constructed during the 8th to 9th century. It was the time of the Syailendra Dynasty and its traces can be seen in the architecture.

It is located in Kedu Valley which is the southern region of central Java and its architecture is one of the greatest examples of the ancient architectural history of all time. With the overall architecture and cultural values of this place, it is recognized as Universe in Buddhist cosmology.

The archaeological establishment of Borobudur Temple itself makes it a wonderful place for explorers and researchers. Apart from the beauty of its architecture, it is also popular for its glance worthy appearance.

The decoration of walls and balustrades are done with fine low reliefs which makes it extremely enchanting and appealing for eyes. This monument covers a 2,520 m2 surface area.

Additionally, its circular platforms are also decorated with 72 unique openwork stupas. And the presence of the Buddha statue in each stupa makes it a rich example of Buddhist culture.

From the time it was constructed, it was recognized as an active Buddhist temple until the 10th to 15th centuries. Later it was abandoned till it was rediscovered in the 19th century and then it was restored by UNESCO in the 1970s. Since then, it has become one of the most remarkable and valuable Buddhist archaeological sites in the world. 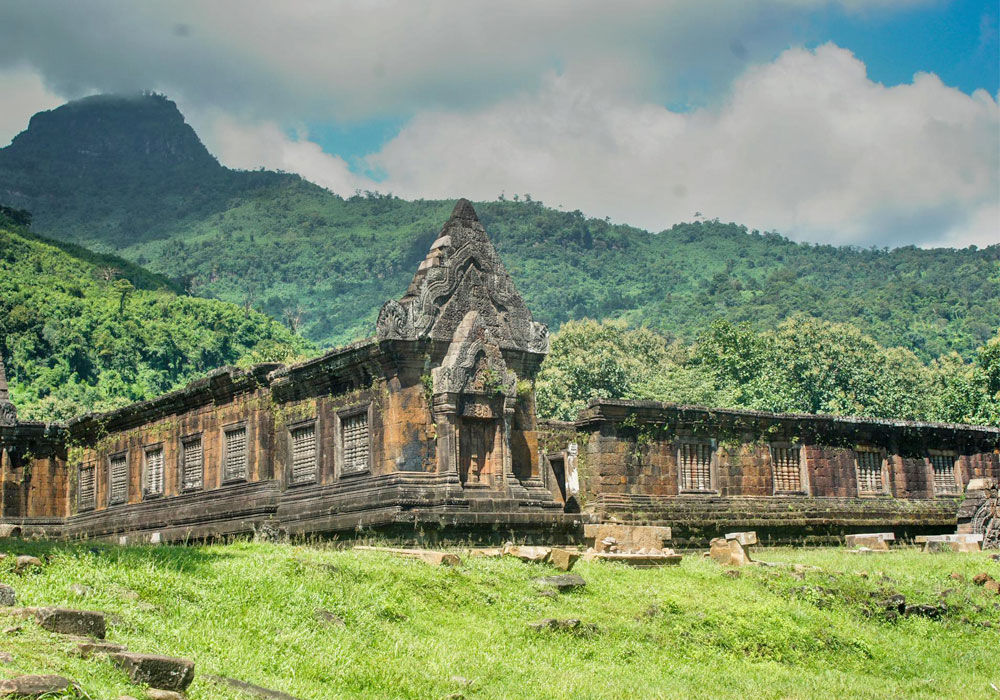 Vat Phou temple and Champasak cultural landscape is the proof of the south-east Asian culture presence in history. The Champasak landscape holds ruins of the Khmer Hindu temple complex that are well preserved during the time that they can give the evidence of culture.

This temple is based on the mount Phou Khao which has high spiritual importance in Hindu culture. It is also known as a home of Hindu god Shiva due to its lingam-shaped protuberance. And the nearby river represents the Ganges.

This geometric pattern of Phou Khao architecture and Mekong River itself makes it a sacred place in Hindu culture. This landscape is considered to be approximately 1000 years old and it is still extremely well preserved that we can still see Hindu cultural and architectural values in it.

Champasak cultural landscape consists of shrines, temples, and waterworks that go as far as 10 km in area coverage. The development of the entire site was done during the period of the 5th to 15th centuries. Since the 10th to 14th century was the time when the Khmer Empire dominated the region, the architecture of The Vat Phou complex has a distinct impression of the Khmer Empire in it.

Mainly, the Vat Phou temple and Mekong River area is the presentation of divine relation between humans and nature. Apart from the fact that this architecture has its unique art and helps us study the ancient culture, it also helps us understand the connection that we have with our surroundings.

Once flourished Pyu Kingdoms have their own story to tell. This is the place where you can explore the remain of the three ancient cities Halin, Beikthano and Sri Ksetra that is still an example of amazing architectural and ancient cultures. The remains of Pyu Ancient Cities include the three brick wall architecture of moated and walled cities.

Pyu Kingdoms were thriving between 200 BC to AD 900 and their civilization of 1,000 years is now an amazing archaeological site that still makes people wonder about their life and culture.

The excavated remains of these three cities introduced a proof of complete civilization. The remains included palace citadels, manufacture sites, and burial grounds, etc. Remains also include monumental brick-based Buddhist stupas and this was considered the earliest introduction to the Buddhist culture in Southeast Asia.

These three cities are the longest thriving civilization that gives the proof of urbanized transformation and development between ca. 2nd century BCE to 9th century CE. Their Buddhist culture can be seen in their culture, tradition, and architecture even to this day. 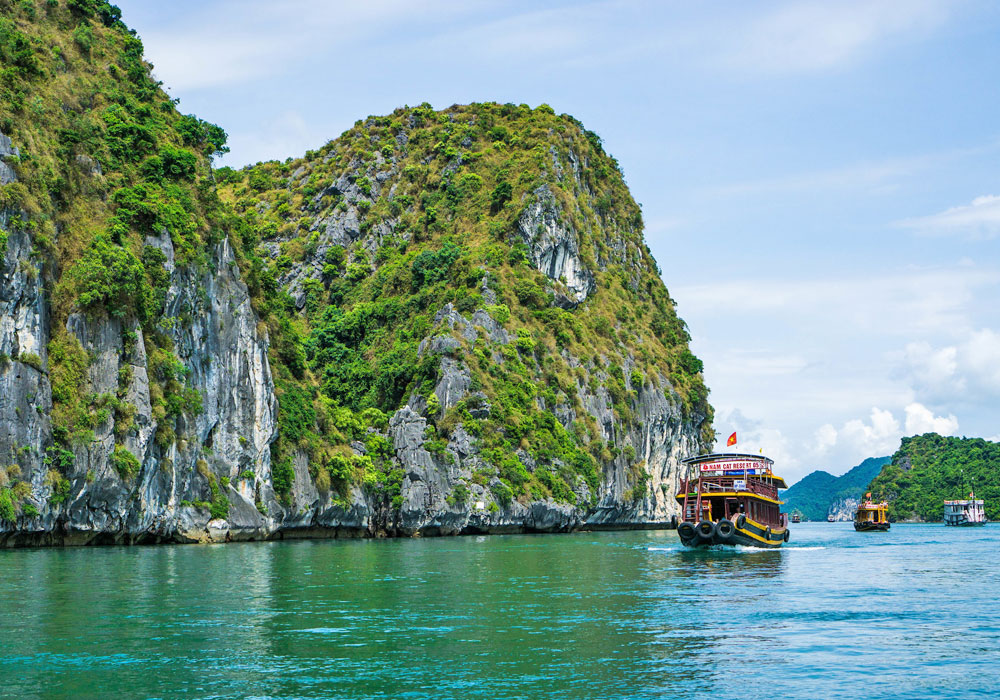 A place where we never lived. An unexplored place that can still instigate our curiosity about nature and you may end up awakening biological interest with some exceptional discoveries of life on these uninhabited islands.

Ha Long Bay is located on the Gulf of Tonkin which is on the northeast side of Vietnam. This area covers approximately 43,400 hectares of land. In this area, there are 1600 different islands & islets that are more like a gift of nature that is yet to be explored.

Most of the 1600 islands are untouched by a human presence which makes them even more fascinating. They have spectacular beauty of limestone pillars and their charismatic seascape is more like a fantasy.

This property of limestone islands is situated between drowned and yet appealing limestone karst landforms that allow this area to have many different and unique and unseen coastal erosional features. These features may include the development and view of majestic arches and caves.

Apart from nature exploration, the mountain area of Cát Bà National Park can be the source of some excitement and fun-filled activities like rock climbing, scuba diving, and hiking. Exploring the islands that are rising from the sea in various shapes can give you the picturesque experience of unspoiled nature.

Ancient has a lot more secrets waiting to be discovered. These are some of the most appreciated and eye-catching picks of top 5 World Heritage sites that will help you get wonderful information about the history, culture, religion and architectural development in in South East Asia. 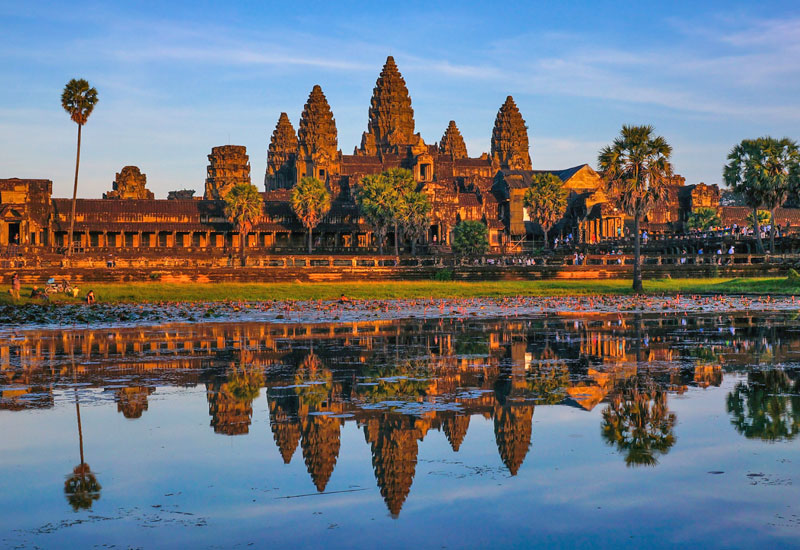 5 days  |  Level: 2  |  From: $820
Cycle all the major highlights of Angkor temples, visiting the World Heritage Site and the hidden back trails of Angkor Archaeology Park.
VIEW TOUR 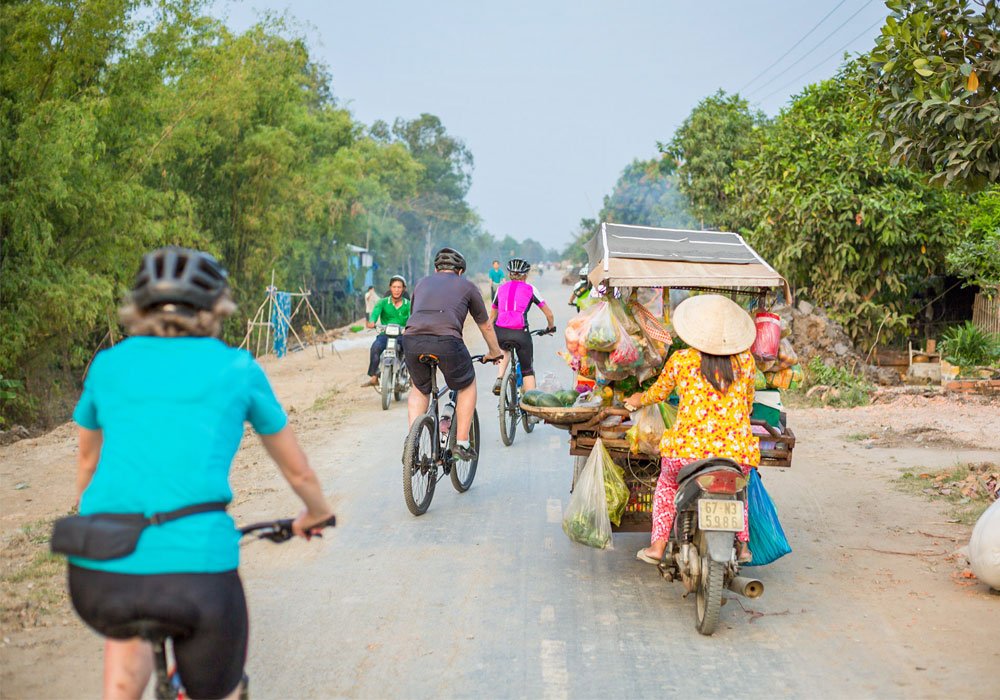 GET A FREE CATALOG 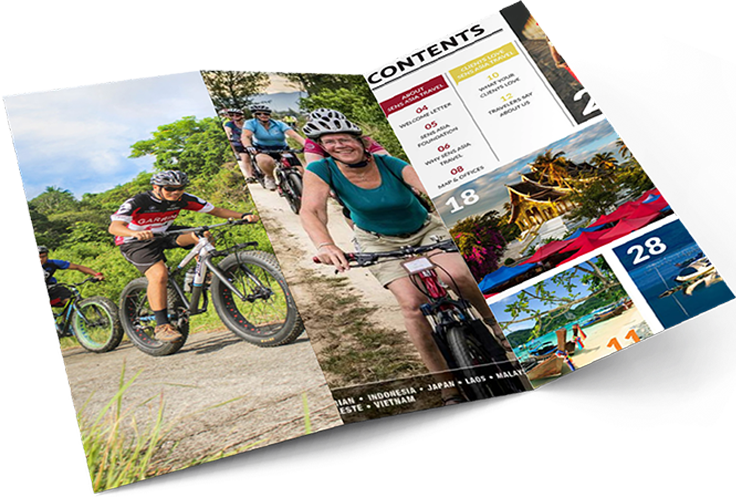